Firesticks project partners met at Wattleridge IPA located near Guyra on the New England Tablelands on the 12th, 13th and 14th of October for our bi-annual meeting. The meeting was well attended by rangers from Wattleridge IPA, Minyumai IPA, Boorabee and the Willows IPA, Ngulingah LALC and Casino Boolangle LALC. Representatives from the NSW Rural Fire Service (RFS) and the Indigenous Protected Area (IPA) program administered under the Department of Prime Minister and Cabinet also attended the event and brought with them valuable knowledge and advice to share with respective ranger groups.

Wattleridge and Tarriwa Kurrukun IPA ranger teams explain their roles on the properties; Rangers view the ancient rock art site at Kukra which is between 40,000 – 50,000 years old.

The meeting started with a Welcome to Country by Banbai ranger Tremaine Patterson, following this the rangers shared their various roles within the IPA and how they work cooperatively to manage the properties of Wattleridge and Tarriwa Kurrukun. Under direction of the Banbai rangers the whole group then went to explore Wattleridge starting with the Kukra Rock Art site, which has been dated between 40,000 – 50,000 years old. The rangers explained the management of the site and their use of cultural fire to protect the ancient site and the viewing platform.

The group then moved on to the Knucklebone lookout where we shared lunch whilst looking at the stunning view to the east. Here we were told the story of the guardian of the Wattleridge property by Tremaine Patterson. In this story the guardian rock sat on top of another larger rock and it looked out over the valley, guarding the property. After Wattleridge was handed back to the Banbai Nation the rock fell from his lookout position where he now rests, his job done.

Michelle McKemmey explains her PhD research project which focusses on assessing the effect of fire on target species; Jamie Bertram from RFS analyses the burn of monitoring plots with rangers.

The afternoon involved an examination of the monitoring plots which were burnt in August by the Wattleridge rangers with assistance by Guyra local brigades. Michelle McKemmey explained her PhD study, which involves a comparative analysis between the monitoring plots that have been burnt and control sites, which remain unburnt. Michelle is looking at the response to fire that key species such as the Backwater Grevillea (Grevillea scortechinii subsp. sarmentosa) display, the study aims to understand the best fire management regime for this and other iconic species that are endemic to the Wattleridge area.

The following day the group met to discuss fire, weeds and pest animal management issues and opportunities that rangers are encountering on their properties. Some interesting discussions followed which resulted in clear actions to guide the project forward. Presentations were given by various partners including Tanya Elone-Manager of Banbai Corporation who gave an overview on the work being done on their properties, Richard Brittingham – Co-ordinator of the Firesticks Project discussed what has been achieved since the last group meeting held at Ngulingah LALC in February. Andrew Johnston shared results on the Setaria trials that have been funded through the project at Minyumai IPA. Jamie Bertram shared work that is being implemented with Aboriginal communities in the Coffs Harbour area with assistance from the RFS.  Bernard Morris from the IPA Program expressed his appreciation of the hard work and engagement of the rangers and the importance of the NCC Firesticks project in providing additional support and advocacy for the IPA and Working On Country (WOC) projects in NSW.

Manager Tanya Elone presents an overview of the Wattleridge and Tarriwa Kurrukun properties managed by the Banbai Nation; Andrew Johnston explains the Minyumai IPA Setaria trials project to the group.

The meeting concluded with an inspection to one of the 2Ha unburnt research plots to collaboratively develop a burn plan that meets the objectives of the rangers and is relevant to the ecology of the site. RFS District Technical Fire Mitigation Officer Elaine Van Dyke and Community Safety Officer Jamie Bertram explained the  techniques that include assessing the amount of fuel on the site, determining the best ways to create control lines and how to protect old trees, fallen logs and other significant tree species. All rangers that attended were very interested in receiving ongoing training that will assist them in developing relevant burn plans for their properties that will achieve their primary objectives to protect ecological and cultural values in the landscape. The Firesticks project is in discussions with the RFS on the best way to modify and tailor this training to suit the needs of the rangers.

The meeting was considered to be very successful by all that attended with important conversations and interaction between NCC staff, Aboriginal land managers and government representatives. Providing opportunities like this for everyone to gather on country and share collectively sparks the imagination and lights the path towards true reconciliation.

The Firesticks program wishes to thank the Banbai Corporation and the Wattleridge and Tarriwa Kurrukun Rangers for their wonderful hospitality and for making us all feel welcome on their wonderful property. A special thank you to Leslie Patterson for all her hard work preparing the cabins for the girls to sleep in five star luxury and also to Sophia Wright for the fantastic catering.

For more information on the Indigenous Protected Area Program check out; 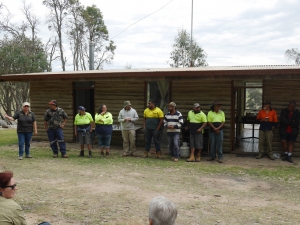 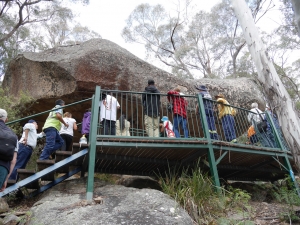 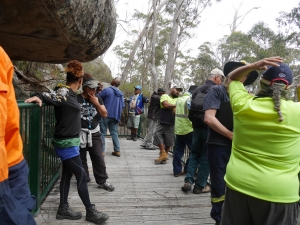 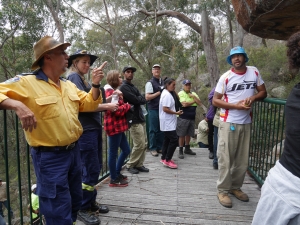 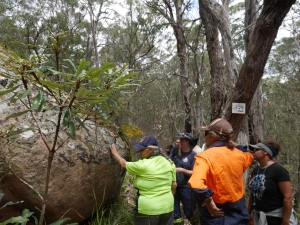 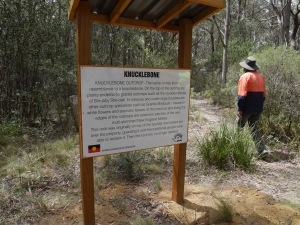 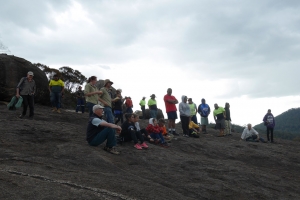 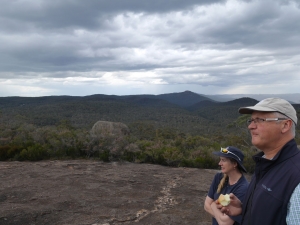 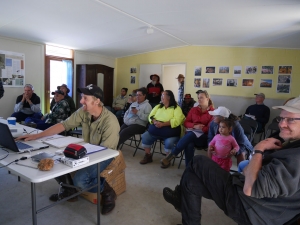 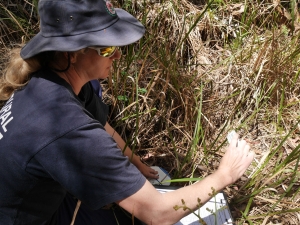 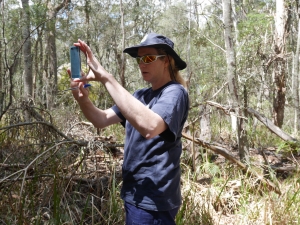 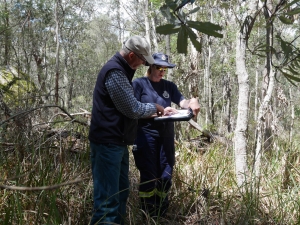 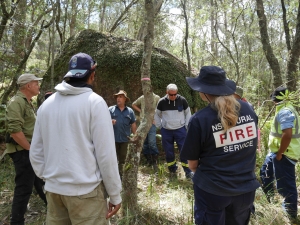 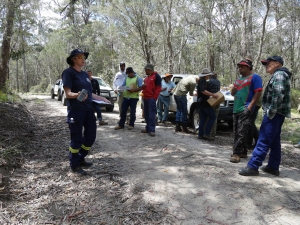