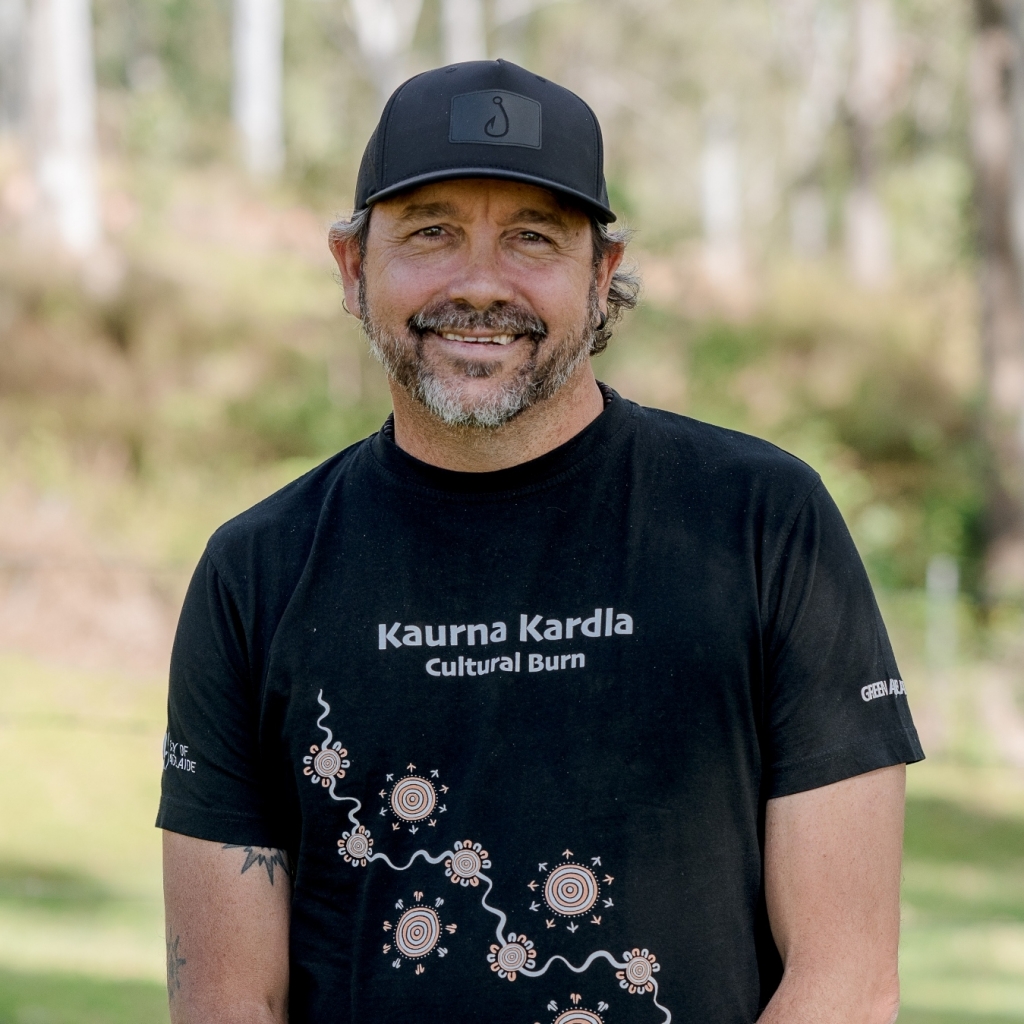 Victor Steffensen Co-founder and advisor to the Board

Inspired by his mother and grandmother’s heritage, the Tagalaka people of Northern Queensland, Victor’s work began in 1991 when he realised the urgent need to record the invaluable wisdom of his Elders before it was lost. Over many years, through his love of the arts, film making, culture and the environment, Victor’s life’s work of re-engaging Traditional Knowledge Practices through creative community projects developed.

Victor co-founded the Firesticks Alliance Indigenous Corporation and has co-convened the National Indigenous Fire Workshop for the past decade. He has also founded the Living Knowledge Place, an educational platform based on community and Indigenous teaching methods.

Victor released a book in February 2020 – ‘Fire Country’ How Indigenous Fire Management Could Help Save Australia. Victor’s story is unassuming and honest, while demonstrating the incredibly sophisticated and complex cultural knowledge that has been passed down to him, which he wants to share with others and there is much evidence that, if adopted, it could greatly benefit all Australians.

A proud Pakana, Tralwulway man, Andry lives in Hobart and has spent 20 years working in the area of Natural and Cultural Resource Management in Government and non-government organisations predominantly in the Aboriginal Community sector.  Andry is currently working at the Tasmanian Aboriginal Centre, undertaking community based, on country projects on Aboriginal Land around Tasmania and the Bass Strait Islands to promote healthy country and community development.

Andry is interested in working within the principles of community leadership and self-determination for Aboriginal communities. Andry is also committed to the arts sector and he supports the development of art and cultural programs in the Aboriginal and wider community. Andry studied at the University of Tasmania and has a BSc in Ecology and Geography fields.

Kylee has been working with Indigenous communities on country and community for over 15 years. She is a Director and Coordinator of Gambir Yidinji Cultural Heritage Protection Body in Far North QLD and is an advanced fire fighter with Tinaroo Rural Fire Brigade on Yidinji Country, Atherton Tablelands. Kylee is the Crew leader of Gambir Yidinji Cultural Heritage Women’s team and upholds the Cultural Heritage Act along with her team. She participates in the strong continuance of cultural fire and cultural practices including song, dance, storytelling and art.

Kylee participated in the Indigenous Leadership Centre, Leadership Program, aimed at empowering Indigenous people to be leaders within their communities. She has worked within Aboriginal and Torres Strait Islander Primary Health Care and Indigenous Mental Health community services and is deeply passionate about protecting our cultural knowledge and IP and practice through community led mentorship on Country and community. 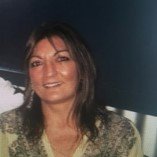 Deborah Swan is a Ngarrindjeri mimini (woman), with kinship affiliation to Darkinjung and Awaba Country where she grew up and still resides. Deborah has been a Culture and Heritage officer for over 30 years and was previously a certified Ranger with Forest NSW. Cultural mapping has been a large part of her life through previous studies and work.

Deborah completed a diploma in Aboriginal Studies, Natural and Cultural Resource Management, Quality Auditing and has a Master’s degree in Architecture Research. Her thesis was based around Indigenous epistemology and ideologies, highlighting the importance of reciprocal research methodologies when working with Aboriginal and Torres Strait Islander people. While studying at the Institute of Koorie Education, Deakin University, Deborah developed and co-authored the, “Guidelines and Principles for Pre-Ethical Approaches to Indigenous Australian Research” (Martin et al., 2016). Deborah is also a PhD candidate Doctor of Philosophy and Anthropology University of Newcastle.

Rhys Collins is a Worimi descendant from Nabiac NSW currently working and living on Boon Wurrung Country in Victoria. While working full time as Traditional Owner Relations Manager at Melbourne Water, and with a young family, Rhys volunteers time to the Firesticks Alliance to support the planning and delivery of local projects for Traditional Owners around the Melbourne region.

Rhys’ formal training includes a combined Bachelor of Arts/Science in Geology and Geography, Grad Diploma in Secondary Education, Graduate Certificate in Waterway Management and a Certificate IV in Aboriginal cultural heritage management. Combined with his formal training, Rhys has 20 years’ experience as an Indigenous facilitator in the management of Country including land, water and fire. He has worked as a ranger and specialised in water quality monitoring and community education, estuary and coastal management.

Darren is a Waanyi man based in Far North Queensland. Darren has led policies and community programs supporting Indigenous Australians working on Country across Queensland, NSW, Victoria and the ACT. His employment includes working in the environment in public reserves and private lands with landholders across ACT, NSW and Australian Government agencies. Darren has also worked in the pastoral sector in Queensland’s Channel and Gulf areas.

Darren’s passion is to support Indigenous communities across Australia by leading sustainable projects based on their values and aspirations to build strong and healthy communities. Through goodgovernance he sees great potential in utilising Indigenous land and water that is supported by cultural protocols and where communities drive their own development and partner with the private sector.

Darren believes a key area for the future is to invest in environment economies that will support Indigenous people continue their cultural responsibility of caring for Country and build resilient landscapes.

Dr Jacqueline Gothe, PhD, BA, DIP Graphic Design is an Associate Professor in Visual Communication Design in the School of Design at University of Technology Sydney. She has worked with the Firesticks community of practice and Firesticks Alliance since 2009. Jacqueline’s work as a visual communication designer and researcher acknowledges that the visual dialogue with land is both a recognition and a revisioning.

The recognition of lived experiences, culture and knowledge of generations of Aboriginal people alongside the revisioning of landscapes through collective collaboration and co-creation which is central to transcultural and transdisciplinary knowledges. Her research through information and communication design with Firesticks Alliance is centred on representing the relationships of people and Country to ensure the maintenance of the health of the land and well-being of the people.

Mick currently works as a fire burn planner for the Victorian Department of Environment, Land, Water and Planning. In this role Mick has re-introduced the work of cultural burning into Victoria’s controlled burning regimes. He works closely with traditional owners in carrying out culturally informed planned burning on their lands. As a Director of the Firesticks Alliance he leads workshops on customary tool making, native flora and fauna.

Siân is a proud Budawang woman of the Yuin Nation, she lives in the Northern Rivers of NSW. Interest in traditional land management and western management techniques along with collaboration with Country as an overarching philosophy has led to work and study in Horticulture, Conservation Land Management and Landscape Architecture.

Along with siblings and family members Siân likes to explore subjects that explore collaborating with Country through artistic expressions using traditional and contemporary techniques.

Siân works in Indigenous research and design, contemporary land management, native and exotic agriculture and has been involved with cultural burning and the Firesticks movement since 2013.

Brett is a passionate senior executive with a strong record of achievement in government and community organisations, and small business. During a 20-year executive career he has held senior strategic planning, culture change and operational roles spanning diverse teams, functions and portfolios. His leadership has been shaped by high-pressure assignments and pivotal experiences including oversight of Victorian State relief and recovery efforts during major emergencies and frontline roles during and after Victoria’s Black Saturday Bushfires.

His deep commitment to public service and ability to deliver change in complex, highly regulated settings has been recognised with awards including the National Emergency Medal and Australian Surf Lifesaver of the Year. A number of his initiatives inform state, national and international policies and frameworks. As a leader he combines strong interpersonal skills with strategic thinking, a deep understanding of operational realities, a demonstrable history of innovation and sound financial management. Brett has been supporting the return and strengthening of cultural fire knowledge into communities since 2015.