A brief survey focusing on small terrestrial mammal and micro-bat species was undertaken in the Nimbin Rocks area, north-eastern NSW between 18 and 22 May 2015. Threatened species from some other vertebrate groups were also targeted and opportunistic observations of additional vertebrate species recorded. The primary aim of the survey was to target difficult to find vertebrate species not usually detected by casual observations and in particular, those Threatened species likely to be present in addition to those previously detected.

The results of the survey were adversely affected by rain and wind over the period although they indicate that the Ngulingah lands contain a rich vertebrate fauna. A total of 98 species were recorded during the 5 days of the survey which included:

Included in these totals were seven Threatened species, comprising the:

Nine additional vertebrate species recorded during surveys are considered to be of conservation priority, consisting of the:

An owl roost was located in a crevice in the western face of Cathedral Rock at Nimbin Rocks. Analyses of the pellets from the roost identified feathers of the Masked Owl. Some of the food species the owl ingested were also found in the pellets and include remains of the: Common Planigale, Hastings River Mouse, House Mouse Mus musculus, Swamp Rat Rattus lutreolus, Black Rat R. rattus and probably the Bush Rat R. fuscipes. However, no large owl species were detected in the area from use of the call playback method.

The species recorded highlight the significance of the lands for biodiversity conservation. The Ngulingah lands also represent a fauna refuge of very high regional significance in a wildlife corridor connecting the Nightcap and Mackellar Ranges. Few arboreal marsupial and other tree hollow-dependent species were detected during the survey and this probably reflects the scarcity of mature and senescent hollow-bearing trees present. Management should aim to retain all mature trees and stags in the area and a program of nest box placement could be initiated to supplement the tree hollow resource. 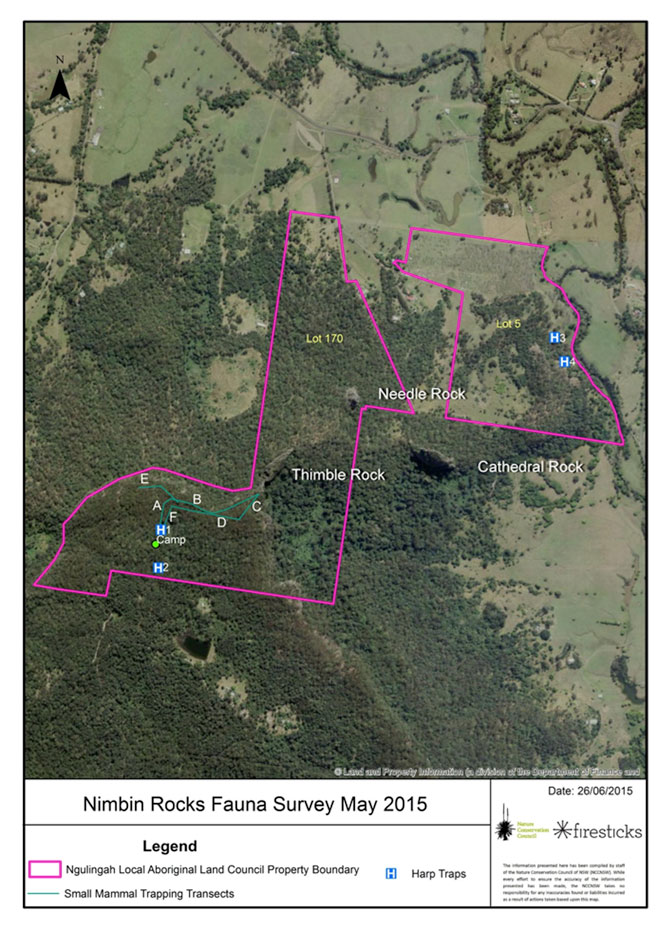