The spring seasonal monitoring has been carried out for Wattleridge Indigenous Protected Area (IPA) research plots, the first surveys to be held since the plots were burnt in August this year. The survey was a large success despite the inclement weather a few days previous to the survey. Firesticks ecologist David Milledge was happy with the systematic and targeted surveys, with two new Threatened species identified on the IPA.

Eastern False Pipistrelle was well represented in the survey results. The White-striped Free-tailed Bat is not oftern caught in the surveys as they usually fly much higher than the trap is set.

Microbats were well represented in the survey results. There were 78 individual bats caught over two nights from one trap set up in research plot A, which was recently burnt this year. A total of 63 individuals were caught over two nights in plot B, also recently burnt, including 14 individuals of the Threatened Eastern False Pipistrelle. A high flying species- the White-striped Free-tailed Bat, was caught in plot B. This is an unexpected and unusual result as they are seldom caught in HARP traps.

A female Spotted-tailed Quoll was trapped on the eastern side of the property.

Two Threatened Species were specifically targeted during the survey, to determine their presence or absence on the IPA. A female Spotted-tailed Quoll which is Threatened in NSW and Nationally was trapped adjacent to a rocky granite outcrop along the eastern boundary of the IPA. This stunning rare animal is mainland Australia’s largest carnivorous marsupial. This species is found along both sides of the Great Dividing Range from the Victorian to the Queensland borders, and its presence on the property is an indicator of ecosystem health.

New England Tree Frog Litoria subglandulosa were recorded along the Sara River, male Scarlet Robin gallantly fighting his own reflection in the mirror.

A number of individuals (30+) of the Threatened New England Tree Frog were recorded calling along the edge of the Sara River. The species lives near slow-flowing and small streams in dry and wet sclerophyll forest, rainforest, montane forest and heath land. This frog is only found on the eastern fall of the Great Dividing Range and its is a fantastic result to have them in good numbers at Wattleridge IPA. Finally, another Threatened species the Scarlet Robin-Petroica boodang, was annoying the surveyors by constantly fighting its reflection in vehicle mirrors. Scarlet Robin pairs defend a breeding territory and mainly breed between the months of July and January. This individual was very committed to keeping other competitors away from his territory.

A remote sensor camera was deployed on the rocky outcrop in anticipation of capturing a Brush-tailed Rock-wallaby after scats were found in the area.

As part of the targeted surveys scat searches were undertaken and remote sensor cameras deployed with the aim of capturing images of the Brush-tailed Rock Wallaby another species listed as endangered in NSW that has only been anecdotally recorded within the IPA. Fresh scats were found that appear very similar to the Wallaby and have been sent away for analysis. The camera traps will be checked in one months time.

A range of flowering native plants were also in abundance on the property after good rains. A gallery of photos has been included for you to enjoy. 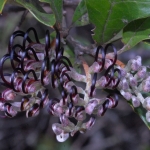 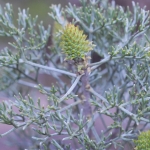 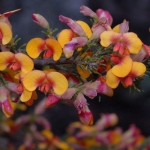 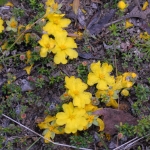 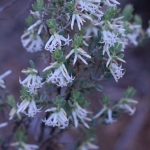 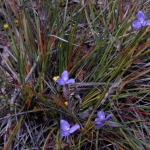 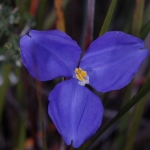 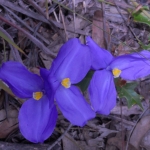 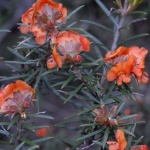 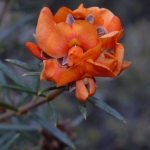 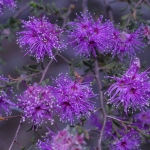 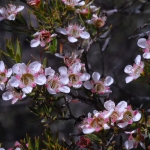 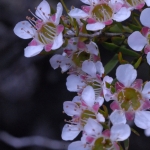 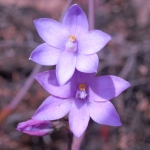 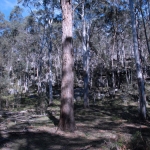 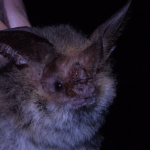 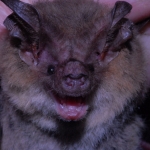 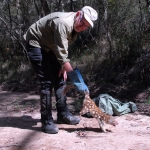