On the 9/12/2015 The Jali Green Team and Minyumai IPA rangers attended a native bee workshop with Steve Maginnity from the Australian Native Bee Company (http://tanbc.com.au/contact/). The workshop was hosted by the Jali Local Aboriginal Land Council and was held at the Ngunya Jargon Indigenous Protected Area (IPA).

Steve gave a talk about the different kinds of native bees found in the area. There are 1500 species of native bees in Australia, most are solitary and only some of them form hives. Bees play a very important role in pollinating Australian native plants. With Steve the rangers opened a log hive and divided it into two Native Bee Boxes.

We had to wear hair nets as the bees bite – they don’t have a sting normally but can bite when they get agitated, like if you are splitting a hive. The nets were ok but hot and some people preferred to get nibbled than sweat in a net. 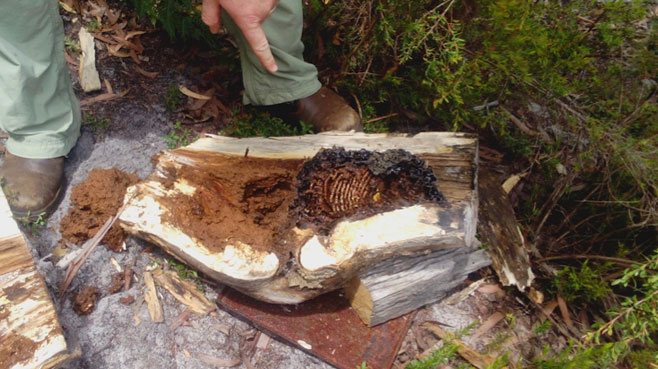 We split the hive into two ready made hives. This way one hive becomes two. It takes a year for the bees to build up their new hive, then you can harvest the honey or split it again. We also practiced splitting the bee hive boxes

The inside of the bee box looks like this.

Each bee has a different pattern to their honey comb. This bee is “TC” Tetragonula carbonaria. The yellow powder around the hive is pollen; bee super food, and outside that is honey. Both taste great. 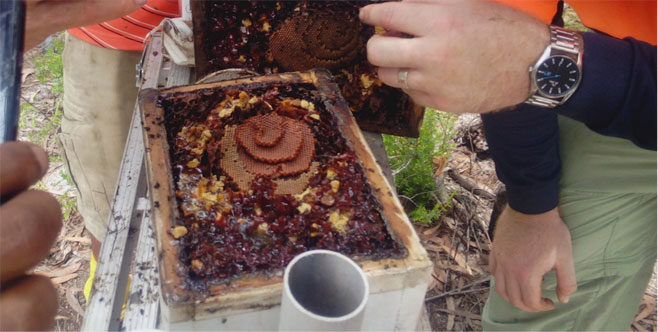 After splitting the hive we learnt how to build one, and put together some kits Steve had brought along. We have one hive going at the IPA now, and will split or harvest it at the end of the year. 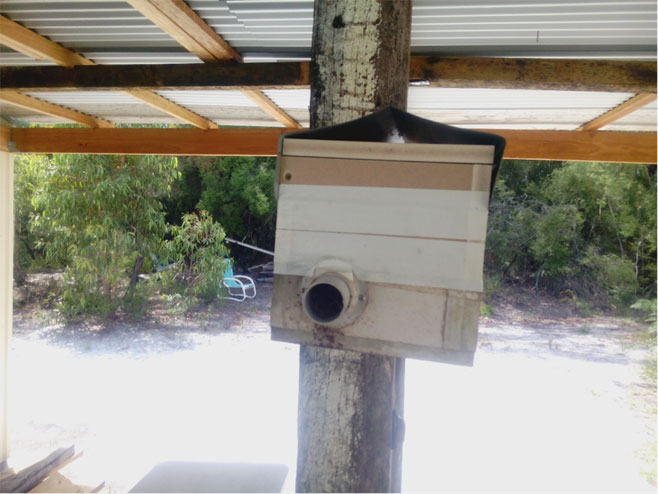 We have many natural hives here on the IPA, over 20 along the sand ridge. There are more down at the hills, which are in fallen logs on the ground. They live in cypress and in old gums. And one day in a fallen nest we discovered a sugar glider nesting under the native bee hives nest.

All boys found it interesting, seeing how the hives were split. The number of variety of bees was interesting. Also we matched up the scientific knowledge with local language knowledge about which ones made the best honey. It was great we had an 83 year old come along, our elder Uncle Lewis was there. He was keen.

Here is a short video of the workshop: