Setaria (Setaria sphacelata var. sericea) is a legacy of the grazing era, a highly invasive grass of wetlands and a very persistent weed which makes it difficult to treat. The Firesticks Project is supporting Minyumai IPA in managing the weed through the establishment of an ongoing trial to determine the optimum method of removal and to trigger regeneration of the site’s native vegetation. The trials involve two treatments applied to a previously cleared open paddock: spray and burn followed by spot spraying- and spray only. Spraying is also being trialled in regrowth forest (see map). The trials in the open paddock will also include native seed collection for direct seeding and raising of tubestock.

Treatment of up to 12 ha of Setaria-dominated country (both regrowth and cleared areas) is being funded collaboratively by Firesticks, the Federal Government’s Indigenous Protected Area Program and the NSW government’s Environmental Trust (the latter over a 3 year period). This trial is a significant part of Minyumai’s fire management strategy and knowledge gained through this work will enable the Minyumai Team to manage weeds effectively using fire and also help prevent severe wildfires by reducing the fuel hazard these grasses create.

Setaria spraying (before and after dieback of Setaria) in the 4000m2 forested area. Herbicide spraying was carried out in 4000m2 of forested areas as well as in 1000m2 of Setaria dominated paddock. 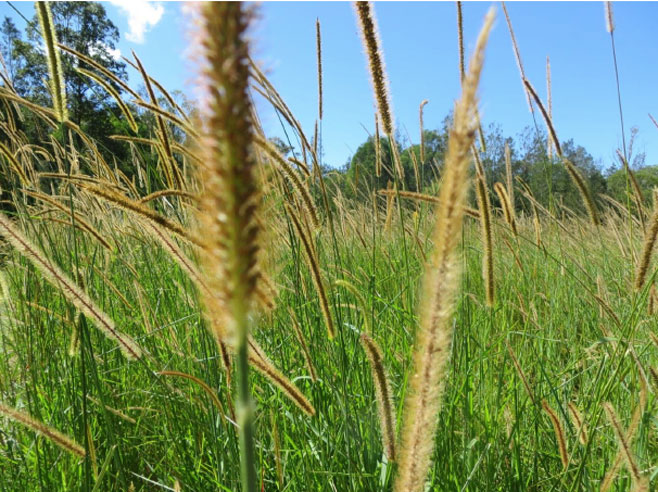 Setaria is a seriously invasive weed of the Minyumai wetlands, a legacy of the grazing era. Trials are being conducted, with assistance from Firesticks and the Federal government’s IPA program, to find feasible methods to convert the weed dominated areas back to native vegetation. (This is a photo of the Setaria dominated paddock’s Plot 2 – unsprayed.) 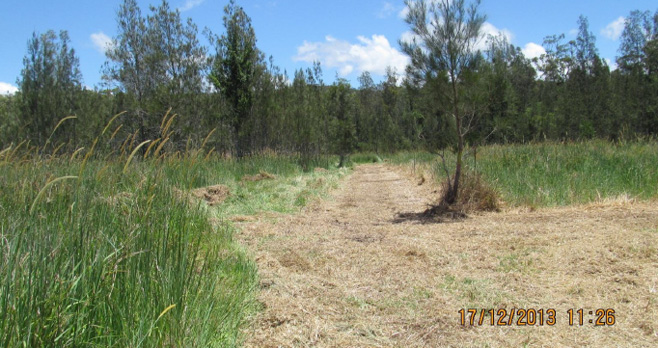 As the trial in the Setaria dominated open paddock involved fire, the rangers established firebreaks around and between the experimental plots. 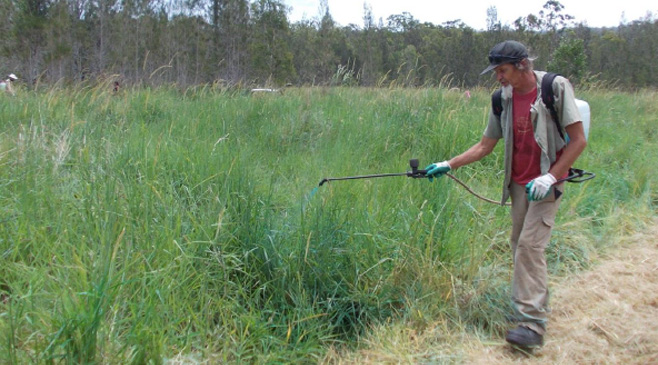 Primary spraying by Bundjalung tutor, Andrew Johnston, with other team members in background.

Plot 1 (Treatment = spray and hot burn) Left photo: After spraying and prior to burn. Right photos: same plot during the burn. 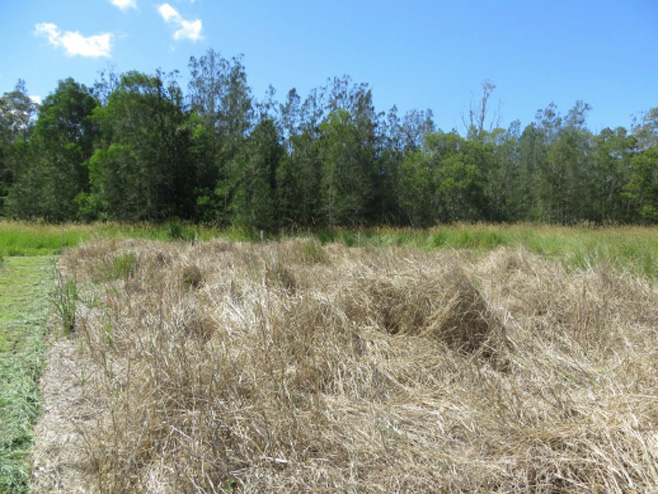 Plot 3 (Treatment = Spray and cool burn) prior to burn. As it was sprayed earlier than plot 1 the thatch has broken down more. Therefore the burn was less hot.

Plot 4 (Treatment = sprayed but unburnt). After first spray and before follow up. Note: native Hydrocoytle and Centella patches thriving among the weed thatch.

Traditional owner engagement has been increasing in strength since the start of the project. 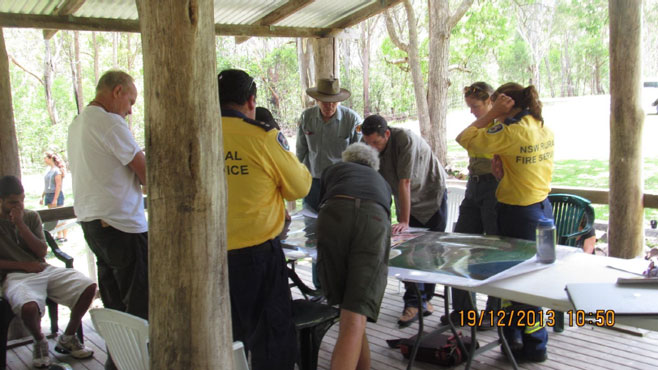 Part of the contracted Firesticks works was to hold a meeting of stakeholder and fire authorities at Minyumai to plan for less damaging backburns.