Individuals of a population of the Long-nosed Potoroo were recently captured in the Ngunya Jargoon IPA by ecologist David Milledge who has been conducting an ecological monitoring survey on the property over the past 2 years as part of the Firesticks Project. David caught the potoroos in cage traps in November, and ear clips of tissue have been sent off to the Australian Museum for DNA analysis. The purpose of the analysis is investigate whether the Ngunya Jargoon population, that may have been isolated for some time, represents a separate subspecies or even species.

“These remarkable potoroos are now very rare on the North Coast. I’ve been surveying potoroos for 30 years in this area and haven’t ever trapped this many animals in a single night. Two males and a female carrying young in her pouch were captured and released in a study of the species’ genetics. The breeding information we’re gathering indicates the good health of the population and its importance in sustaining this special animal which is in fast decline in coastal regions”.

With only six or seven isolated populations of the Long-nosed Potoroo known from coastal areas north of Sydney, Ngunya Jargoon is home to probably the largest of these. This population appears to be the only one with the potential to remain viable over the long term, due to the relatively large area of mostly undisturbed habitat that occurs in the IPA and on surrounding properties. However, the proposed Pacific Highway realignment passing through the area is likely to fragment the habitat and hence the Wardell potoroo population and place it  under threat by allowing weeds and introduced predators such as cats and foxes to invade the area. 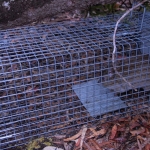 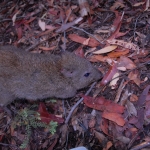 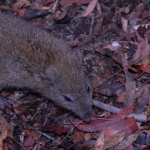 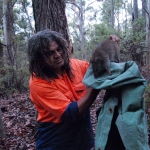 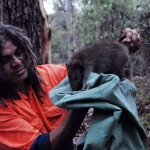 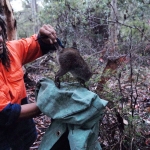 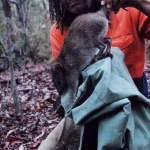 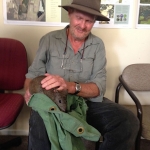 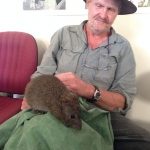 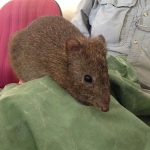 Links to other publications of this story: