On the 8th of August a group of Aboriginal women rangers from Minyumai Indigenous Protected Area (IPA) and Darrunda Wajaarr (Repair to Country) team came together to assist the the Rural Fire Service (RFS) to implement a cultural burn as a part of a broader hazard reduction burn at Coffs Harbour Airport. There are heritage values identified across the site that include Aboriginal Heritage in the form of a woman’s mythological site and an old tram line used to haul timber to the Coffs Harbour Jetty. The burn extended across a 12ha Coastal Wallum Heathland on the southern end of the Coffs Harbour Airport runway and was supported by a number of local brigades.

The rangers gained valuable experience working together to maintain and control the fire.

The burn resulted in a reduction of bush fire risk to the Coffs Harbour Regional Airport and surrounding properties. The burn outcome will enhance the ecological values of the shrub land given the length of time estimated since the vegetation was last subject to fire. While it is not possible to give a definitive estimate of time since last fire, several lines of evidence indicate that the shrubby heath in the study area maybe close to 30 years without fire.

Aboriginal rangers and Rural Fire Service are ready to undertake the burn; Monitoring plots were set up on the burn site to assess the vegetation response to the fire.

Team members from the Coffs Harbour Local Aboriginal Land Council’s Darrunda Wajaarr team worked previously with local ecologist Greg Elks to establish monitoring plots across the site and will now return and assess the response of the vegetation to the burn over the coming year. “Fire is an important part of the ecology of many Australian vegetation communities and wet heath communities like this one, require fire to maintain diversity over the long-term” said Greg. The team members from Darrunda Wajaarr will learn valuable vegetation monitoring skills over the next few months and will undertake on-going post-burn weed control at the site through funding from the North Coast Local Land Services (NCLLS) Jaliigirr Project.

The burn was controlled by the women rangers from Minyumai IPA and Darrunda Wajaarr Repair to Country rangers.

Images of the women rangers protecting the Aboriginal women’s mythological site through application of fire: 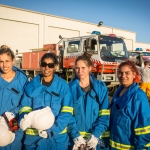 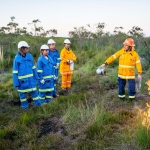 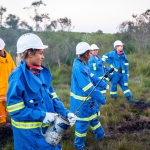 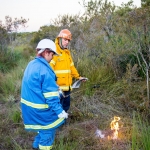 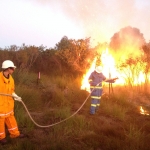 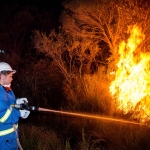 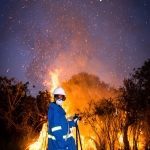 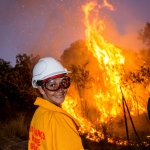 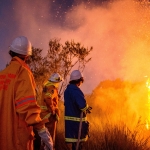 The coming months should see a flush of new growth throughout the site, as well as an abundance of wildflowers as the weather warms up. This peak in flowering following the fire will benefit many nectivorous species leading to an increase in breeding birds as the vegetation recovers. It is likely that smaller mammals such as the New Holland Mouse will also peak in abundance in the first few years after the fire as shelter and food requirements for this species become optimal.

The Firesticks Project is providing opportunities for Aboriginal rangers to participate in burns outside of their properties to gain further confidence and experience in planning for and implementing prescribed burns in a variety of vegetation types. This in turn is an opportunity for the rangers to share their own knowledge and experience in fire management and caring for country. The two way learning process that can occur through these types of burns can be extremely beneficial to improving cross cultural relationships and understanding between agencies and Aboriginal communities.

Images of the site the day after the burn: 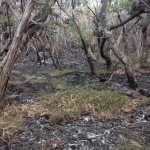 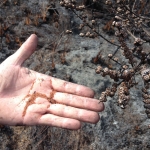 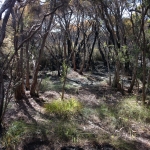 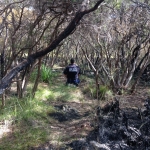 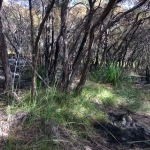 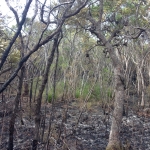 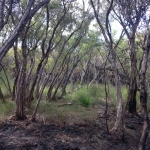 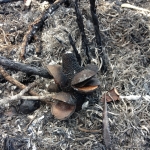 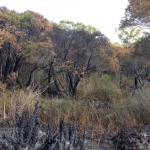